A look at the stars

With properly tagged files, it’s easy to organize your music in playlists based on genre, date or both. But most of the time you don’t care much about these attributes and just want to listen good music. Managing a ‘best of’ playlist works ok when you’re dealing with as few as hundreds of items, but for bigger collections you’ve got to come with something more elaborate if you don’t want things to go out of hand.

This is where the ratings system, that is present in most music softwares, comes into play : each track of your library can be assigned a rating from 0 to 5 stars. Selecting good music then boils down to create a playlist filtering songs based on their ratings.

When it comes to decide what these ratings really represent, you’re faced with two slightly different approaches.

A basic assumption is that the more you listen to a song, the more you like it. From this premiss, some tools extrapolate a score to represent how much you appreciate a song based on how obsessively you play it. So the absolute -somewhat cryptic- play and skip counts are replaced by a single relative score that can be used as a filter criteria.

This algorithm implies meaningful count statistics. I don’t trust these results unless you have a small library. It is likely that the few songs sitting on the top of your playing charts are indeed among your favorite songs. It is less clear how any conclusion can be drawn from the ones that are scarcely played. Are they bad songs intentionally ignored, or forgotten treasures?

Because this ratings method is fed by your listening habits, it’s less prone to help you discover your music. Actually, it does the opposite by reinforcing your music selection pattern : the most played songs get the higher score while it becomes increasingly difficult over time for new songs to incorporate the top rankings.

Not convinced by this automated approach, I regress on a more primitive technique.

Ratings as a personal feelings indicator 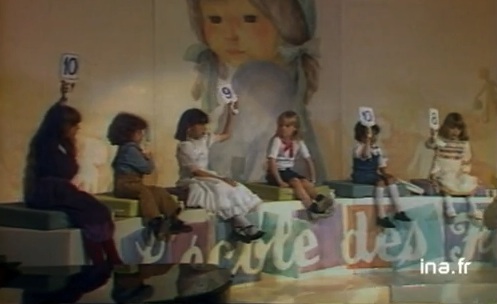 Carefully assign scores for your songs based on your personal listening pleasure.

Some media players allow you to award half stars, thus doubling the ratings range to a whopping 10. That’s more than one can handle. Ditch half-stars, to focus on five distinct rankings that make sense to you. Choose five adjectives to describe your points system and stick with it. Think in those terms when you rate a song.

Here is my wording scale :

The three first cuts make up my daily meat, songs scoring three stars and more constitute indeed my daily random-mix playlist. The two last are what’s left once all the tidbits have been pulled out : average and weak tunes that I rarely play except when I decide to specifically listen to one of the albums to which they belong.

As you can guess, assigning ratings for each individual track is tedious (at best) but totally worth it imho. Various techniques I use to optimize this process will be discussed in future posts.